I remember you friend. I think of you often. 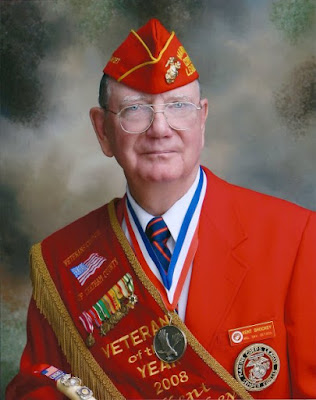 Off the coast of Carolina, a 12-meter vessel under sail stretches her wings on a broad reach. The middle-aged captain and his wife are headed north for the summer. They have elected to go offshore and direct, rather than having to negotiate the maddening twists and shallows of the Intracoastal Waterway.
Although they are now over the horizon from help in any sort of emergency, neither is concerned; for this is what they do best. They crew this boat in weather fair and foul.

As the Mrs. goes below to fetch a cup of coffee, the captain feels a clutching pain in his left shoulder, radiating down his chest and back. It takes his breath away. He wants to call for help but is unable. His wife returns to the cockpit to find her husband slumped at the helm. She frantically reaches for the radio and calls for help.
"MAYDAY MAYDAY MAYDAY!"

Coast Guard Sector Charleston receives the call and immediately scrambles a Dolphin from Air Station Savannah. A crew races to their helicopter. They streak towards the stricken Captain at 150 miles-per-hour.

Upon arrival, the helicopter crew works with precision to drop a swimmer into the water and after he's aboard, a rescue device onto the vessel. The vessel may be moving or stationary; either way, the Coast Guard crew is well-trained and prepared, for they have rehearsed this operation repeatedly, day and night.

Now perhaps you are wondering how this crew comes to possess this level of proficiency - the skill set that allows them to save lives.

(And that captain did live by the way - he was given medications in flight, and thanks to rapid transport by air the team at Memorial Medical Center in Savannah was able to provide a life-saving intervention, a balloon angioplasty.)

Coast Guard helicopter crews are provided the opportunity to learn these life-saving hoist-rescue skills thanks to the commitment and dedication of a cadre of professionals that few know much about; the United States Coast Guard Auxiliary. Auxiliarists take their personally-owned boats into the rivers and bays, day and night, and provide the real-world training resource that allows flight crews to respond and save lives. 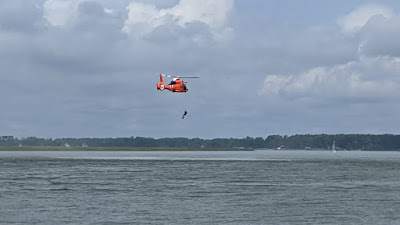 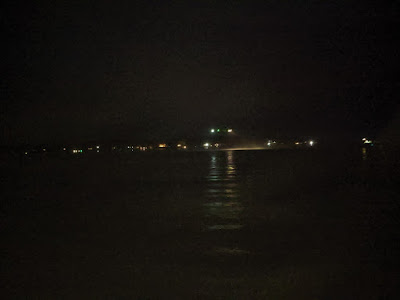 Auxiliarists are not paid for their service. They volunteer themselves and their boats. They give up their nights of comfort to help crews get ready. To help save the lives of people they will never meet. People sailing up and down the coast.

My friend, "Captain" Donald Kent Shockey first served a full career in the United States Marine Corps, then he taught in the public school system for many years; he taught countless kids how to be grownups. 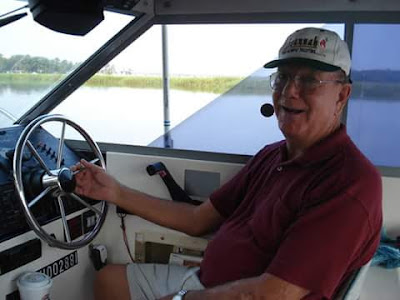 And he also was a USCG Auxiliary boat captain. Outside of family, Kent's life had one purpose. Service. For the first 15 years that I knew him, he used his cabin cruiser, the "Captain Kent" for training the helo crews. And you could tell by looking at her. The hoist baskets had left the marks of hard use on her rails. He didn't care. Kent was a results man. Results matter. Skills matter. Life matters, not fiberglass.

After his wife Judy passed away, Kent decided to get a new boat, a big beautiful Parker with a Yamaha 300 horsepower motor. A beast. My wife Jeanne and I went on the first ride with Kent on this big beautiful new boat.

Somehow our paths seemed to cross like that--at a turning point in life, we would find ourselves together, either on the water or in a watering hole.

These official placards were on the side rails.

On the stern, the name of the freshly christened vessel was laid out in contrasting letters.

When Kent lost his wife, his children lost their mom, Judy Shockey. When Kent bought his new boat, she came back. 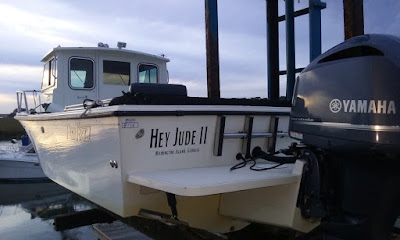