Speed Versus Your Wallet 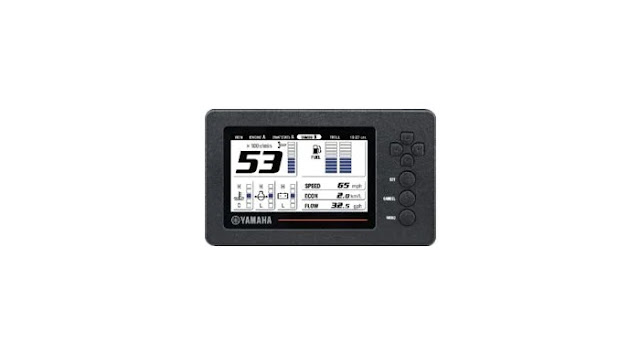 I have been performing orientation training lately for members of Savannah's Freedom Boat Club in the new 28' twin-engine NauticStar offshore fishing boat. This is a beautiful machine with two Yamaha 300 horsepower motors. It is "fly-by-wire" with computerized monitoring systems, so we can see exactly how much fuel we are consuming at any speed, with an additional miles-per-gallon readout.

At 30 miles per hour with full fuel and 3 on board, total fuel consumption is at or near 14 gallons per hour. This is pretty amazing, as a single engine 24' boat running the same speed burns a comparable amount of fuel. But what is REALLY amazing is what happens to that fuel consumption number when I have a customer advance the throttles during training.

A relatively small increase in speed increases fuel burn--in a word--significantly! At one point during training yesterday I pointed to the consumption indicator and we noted 52 gallons per hour being turned into speed, noise, and excitement.

Speed, noise, and excitement are expensive! Because marinas are few and far between with limited competition, they can charge much higher prices for fuel than a corner gas station does. They do have to pay more for fuel from the supplier, and the fuel is higher quality, but today's marina fuel price is $3.50 per gallon versus less than $2.00 per gallon for fuel from a gas station. 52 gallons per hour at 3.50 per gallon comes to $182.00 dollars per hour for fuel costs. Maybe you have "different money," but if you're the average boater, the fuel bill matters.

If fuel cost does matter, check your speed and consumption. Every planing hull has a planing speed at which fuel consumption is least per mile traveled. This corresponds to the minimum drag speed for the hull in conjunction with the engine's power-production characteristics. It's usually between 25 and 30 miles per hour for all the boats I operate. Go faster than that and you are just burning money!