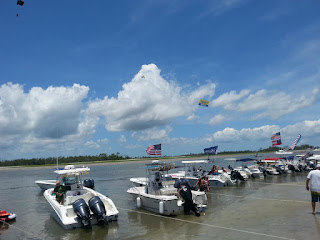 On a spectacularly beautiful Saturday, June 15th, Tim and Robert Hale's "Hale Marine Services" held their annual Beach Bash on the Sandbar near Tybee Island. It was a fun event and boaters came in droves. The Hales named two charities as recipients of the day's fund-raising efforts. First, the Fresh Air Home, which offers children - who might never get to experience the beach and the surf - a vacation-experience in a summer-camp setting on Tybee Island.

The second charity the Beach Bash supported was the SAVE RANDY DAVIS project, a fund-raising campaign to support Randy Davis and his family as they deal with his kidney failure, hospitalizations, loss of income, dialysis and eventual kidney transplant. We are on the SAVE RANDY DAVIS team and we are extremely grateful to the Hales for supporting Randy, Sherry, and the boys. The Hales sold raffle tickets for an assortment of prizes and people lined up at the food tents for burgers, hot dogs, T-shirts and coozies.

This was a fantastic day, and even with so many people and boats packed onto the sand, we never heard an unkind word. Boaters helped each other onto and off the beach, and looked out for each other's fiberglass.  It was boater-nirvana. 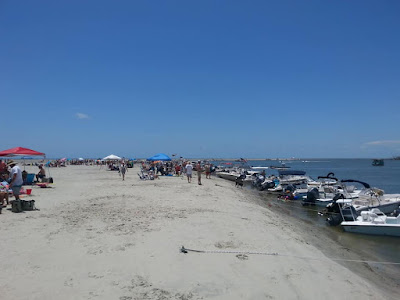 Yamahas appear to be the motor of choice in Savannah, as their numbers dwarfed any other makes, with the exception of one Mercury Powered monster center-console fisherman.

We wrote about the Sandbar in another post on this blog, and that day was wonderful too - just a wholly different vibe than the Beach Bash. We ran into several friends, including good-natured Sean Herb (whose family name goes all the way back to "Herb Creek") and his crowd of fun-loving friends.


There were several dogs roaming around, all friendly and ready to play. Music came from all directions and American Flags were streaming freely in the breeze on many of the boats. It was a great party - and we look forward to next years 'bash.


Want to see it from the air? Click here! 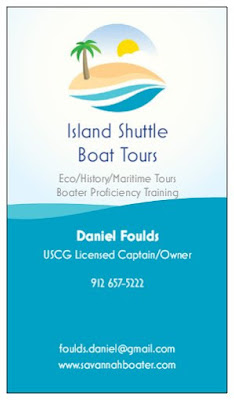